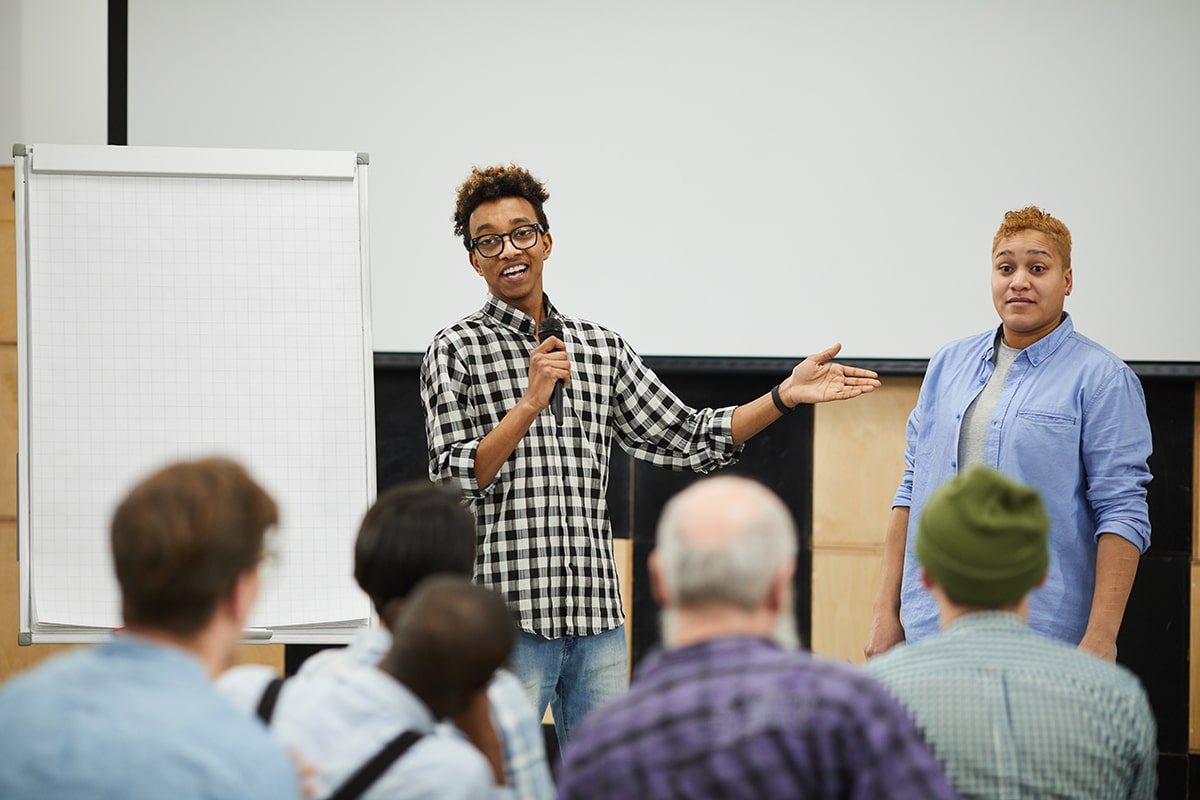 Have you ever watched a stand-up comedian perform on stage?

If so, you’ve probably noticed how talented they are at engaging, entertaining, and connecting with their audience - often for hours on end.

There’s a LOT of valuable public speaking lessons to be learned from these master communicators, especially when it comes to using humor.

Humor is not just for comedians. It’s also a VERY powerful tool for public speakers to use on stage.

You see, when you’re able to make your audience laugh, you break down all barriers.

Humor creates an instant bond between you and your audience, keeps people deeply engaged in what you’re saying, helps them remember your key points, and leaves a good lasting impression of you in their minds.

Humor boils down to one word - SURPRISE. Laughter is created when people are surprised.

You want to catch your audience off guard. Surprise them with a punchline they never saw coming.

Remember, there’s nothing funny about being predictable.

Without further ado, here are 5 tips for using humor to your advantage to reap the benefits of making your audience laugh.

Did you know that comedians tell different jokes to different audiences?

You want to do the same when using humor in your speeches.

Before cracking a joke, you need to consider your audience. Make sure your humor is appropriate for your crowd and for the type of speech you’re giving (the last thing you want to do is offend your crowd).

By keeping your audience in mind, you’ll find it easier to make them laugh.

Just about every joke a comedian uses on stage involves some form of exaggeration.

Luckily for you, exaggeration is very easy to use.

Take an observation, something that is extremely common, and blow it WAY out of proportion. So much so, that your audience instantly perceives what you’re saying as ridiculous and funny.

For example, “Jim’s so old that his best friend from childhood was a T-rex.”

The more absurd the comparison, the funnier it is.

“Once I was with two men in one night. But I could never do it again—I could hardly walk afterward. Two dinners? That's a lot of food.”

This joke, from the hilarious comedian Sarah Silverman, is a perfect example of using misdirection.

Misdirection is a quick and easy way to surprise your audience and get a chuckle out of them.

How do you use misdirection?

You simply make a connection nobody sees coming.

Lead your audience to believe a conversation is going one way, then, make a complete 180. Hit them with a surprise punchline that changes the entire nature of the joke.

Another fast and effective way to surprise your audience and get a quick laugh on stage is by using the popular “fake out.”

It’s as simple as asking yourself “What are people expecting me to say?” Then, say the exact opposite.

An easy way to pull this off is by saying something you don’t like then listing all of its qualities you DO like.

“I hate going to school… I get to learn all the things I need to be a functioning member of society, hang out with all my friends, and eat cookies from the café every day for lunch.”

Want to know the best way to ruin a joke?

Laugh BEFORE your audience gets the chance to.

When it comes to comedy, the worst thing you can do is butcher an otherwise successful joke by laughing or continue talking before your audience gets a moment to take in what you’ve just said.

You need to give your audience a few seconds to get your joke before they can laugh.

It’s important to practice nailing your timing. You should leave a moment of silence right before and right after your punchline.

There are many benefits of using humor in public speaking.

By studying successful stand-up comedians and using the tips mentioned above, you’ll be able to experience the many rewards of making your audience laugh.

What is the one thing all great public speakers have in common?They are master storytellers!Stories are your secret weapon to dramatically improve your speeches and... 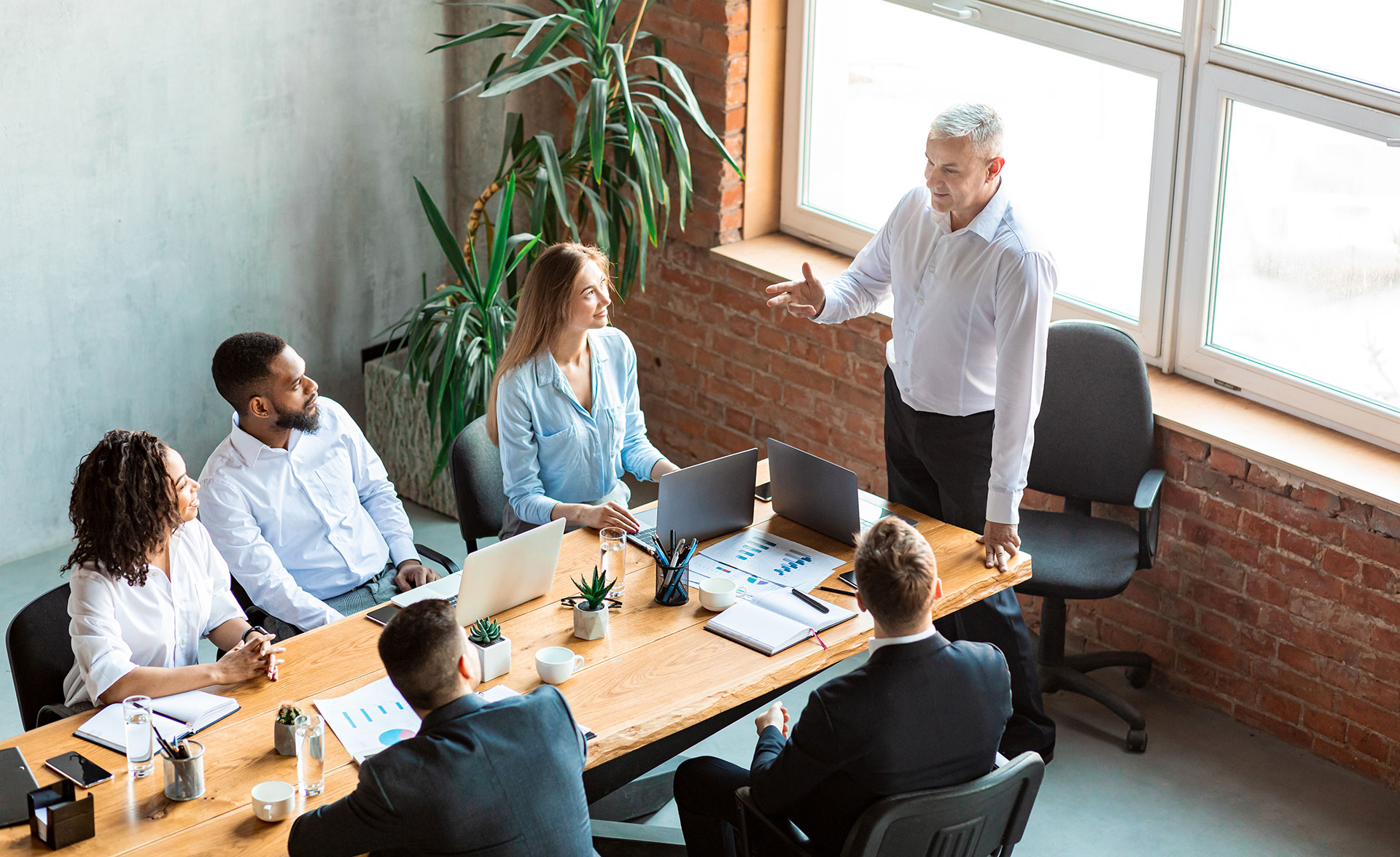 How to Structure Your Speech for Maximum Impact

Your brain is overflowing with amazing ideas and topics for your next speech. You rush to your computer and….

Sign up to receive news, updates, free resources from our blog, and membership information.
By submitting this form, you are granting: National Speakers Association, 1500 South Priest Drive, Tempe, Arizona, 85281, United States, https://nsaspeaker.org permission to email you. You may unsubscribe via the link found at the bottom of every email. (See our Email Privacy Policy for details.) Emails are serviced by Constant Contact.